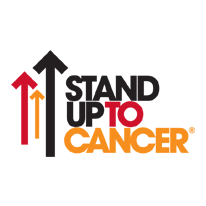 A new, innovative approach to lung cancer treatment in which immunotherapy is administered prior to surgery is yielding encouraging outcomes in 45% of patients treated in this small, compelling study from researchers on the Stand Up To Cancer-Cancer Research Institute Cancer Immunology Dream Team, according to results presented at the American Association for Cancer Research Annual Meeting 2018, April 16 and simultaneously published online in the New England Journal of Medicine. The AACR is the Scientific Partner of Stand Up To Cancer.

Scientists at Johns Hopkins Bloomberg-Kimmel Institute for Cancer Immunotherapy and Memorial Sloan Kettering Cancer Center found that administering two doses of the anti-PD1 immunotherapy nivolumab for several weeks prior to surgery was not only safe but 45 percent of the patients in the trial responded so well that there was little evidence of the cancer remaining upon follow-up. In addition, the patients’ immune systems also likely destroyed straggler tumor cells still circulating in the blood system, which can later take hold and lead to recurrence and metastasis.

“The concept of interception is simple when you hear it, to arrest the natural history of cancer. In other words, once a cancer begins to develop, scientists look for strategic points where they can intervene and stop its growth. This team is using T cells, activated by immunotherapy prior to surgery, to continue to circulate through the patient’s body, after surgery. These T cells can intervene, stopping errant tumor cells from forming new metastases, preventing recurrence,” says Stand Up To Cancer President and CEO Sung Poblete, PhD, RN. “This study is emblematic of SU2C’s focus on Cancer Interception, finding new treatment approaches to intervene in the natural development of cancer, so that cancer patients may become long-term survivors. We are hopeful that this breakthrough, and the follow-up clinical studies already underway, will translate into a new standard of care.”

“The remarkable results of the team led by Drew Pardoll reflects both the power of collaboration between Stand Up To Cancer, the Cancer Research Institute, and the institutions and researchers participating in this Dream Team, as well as Stand Up’s funding model which integrates semi-annual, rigorous, in-person reviews, enabling teams to pivot to where the science leads, and to allocate Team resources to trials which are most likely to benefit patients,” said Nobel Laureate and Chairperson of the SU2C Scientific Advisory Committee (SAC) Phillip A. Sharp, PhD, Institute professor at the MIT Koch Institute for Integrative Cancer Research.

“We were able to achieve this study’s promising results in a relatively rapid time-frame because of the collaboration made possible by our Stand Up To Cancer-Cancer Research Cancer Institute Immunology Dream Team grant,” said senior author of the study Drew Pardoll, MD, PhD, director of Bloomberg-Kimmel Institute for Cancer Immunotherapy and director of Cancer Immunology at Johns Hopkins School of Medicine. “Bloomberg-Kimmel Institute researchers worked with investigators at Memorial Sloan Kettering to put our collective, creative ideas together testing new strategies for combining immunotherapy with standard-of-care surgical procedures for the benefit of our patients.”
He added, “The findings of this trial have now underpinned multiple larger trials to test this approach in six different cancer types; this represents true leverage of support from SU2C-CRI. By merging our resources in this way, we had the capacity to optimize results right out of the starting block.” With the success of this trial, several new, expanded studies are already underway.

Historically, chemotherapy or chemoradiotherapy, is given to lung cancer patients to shrink a large, non-metastasized tumor, and in the past, immunotherapeutic agents have been administered after surgery with limited results. However, the SU2C-CRI Dream Team researchers hypothesized that leaving the tumor in place during initial treatment with immunotherapy would turn it into an “auto-vaccine” resulting in the activation of tumor-specific T cells that would then circulate through the body and find distant sites of micrometastases, thereby preventing relapse post-surgery which can happen to at least one-half of lung cancer patients who undergo surgery.

After a median follow-up of 12 months, three-quarters of the patients who underwent surgical resection were alive and recurrence-free. Recurrence-free survival at 18 months was 73 percent, and the median recurrence-free survival had not been reached at the time of data analysis. To date, only one patient has died of cancer recurrence after surgery. SU2C is cautious not to compare these outcomes with historical outcomes given that it was a small study.

“However, these initial results are highly encouraging and we believe will spur interest in further neoadjuvant clinical trials across additional cancers,” added Dream Team Investigator Patrick Forde, MBBCh, assistant professor of oncology at Bloomberg-Kimmel Institute for Cancer Immunotherapy, who led the study and served as co-principal investigator of the clinical trial along with Jamie Chaft, MD of Memorial Sloan Kettering.

Stand Up To Cancer (SU2C) raises funds to accelerate the pace of research to get new therapies to patients quickly and save lives now. SU2C, a division of the Entertainment Industry Foundation (EIF), a 501(c)(3) charitable organization, was established in 2008 by film and media leaders who utilize the industry’s resources to engage the public in supporting a new, collaborative model of cancer research, and to increase awareness about cancer prevention as well as progress being made in the fight against the disease. As SU2C’s scientific partner, the American Association for Cancer Research (AACR) and a Scientific Advisory Committee led by Nobel Laureate Phillip A. Sharp, PhD, conduct rigorous, competitive review processes to identify the best research proposals to recommend for funding, oversee grants administration, and provide expert review of research progress.

Stand Up To Cancer Contacts