Premiere TV performance of “Just Stand Up” on ABC, CBS and NBC simultaneous broadcast of Stand Up To Cancer nationwide fund-raising event, September 5th. “Just Stand Up” is available to purchase exclusively on iTunes. “Just Stand Up” produced by Kenny ‘Babyface’ Edmonds and Antonio ‘L.A.’ Reid. 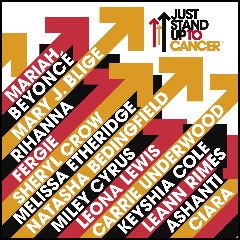 “Just Stand Up” was conceived by Antonio “L.A.” Reid, Chairman, Island Def Jam Music Group, after a powerful and inspiring meeting with the women who organized the Stand Up To Cancer campaign (whom Reid affectionately dubbed the “magnificent seven”).

The song was produced by L.A. and Kenny ‘Babyface’ Edmonds – their first creative reunion on record in nearly two decades.

“Just Stand Up” will be released to radio and will be available to purchase exclusively on the iTunes Store starting September 2nd.

“Just Stand Up” is all about the singers and the composers banding together behind SU2C’s mission: rallying the public around the goal of ending cancer’s reign as a leading cause of death.

The all-star television perform­ance premiere of the song will take place live on Friday, September 5th (8pm EDT and PDT), when ABC, CBS, and NBC simultaneously devote one hour of commercial-free prime time to this nation­wide event.

This will be the first simultaneous cross-network broadcast ever to raise funds for the fight against a disease.

In addition to performances by legendary recording artists, the Stand Up To Cancer special will feature stars from film and television that will perform as well as present filmed content giving viewers insight into cancer. 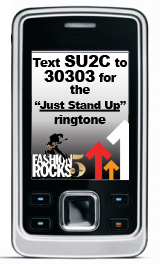 Various screening tests will be demonstrated in novel and entertaining ways.

Ziskin is a cancer survivor and her film credits include the Spider-Man trilogy, As Good As It Gets, and Pretty Woman, and she also produced the 74th and 79th Annual Academy Awards.

Additional participants and musical performers are still to be announced.

Since its formation, SU2C has been embraced en masse by the entertainment community which is supporting a host of creative projects across a wide array of platforms on the web in order to ignite passion in the American people so they realize that significant advances in cancer treatment are within reach.

There is plenty to view and link to on SUTC’s website, http://www.standup2cancer.org, including a variety of PSAs (featuring Jessica Biel, Mayor Michael Bloomberg, Jodie Foster, Morgan Freeman, Tony Hawk, Tobey Maguire, Sidney Poitier, Keanu Reeves, Susan Sarandon, Tilda Swinton, Christy Turlington Burns, and others); as well as videos on the SUTV channel (with the cast of The Daily Show, Larry David, Ryan Seacrest, and others).

Stand Up To Cancer is a program of the Entertainment Industry Foundation (EIF), a 501(c)(3) charitable organization, and was established by a group of media, entertainment and philanthropic leaders, whose lives have all been affected by cancer in significant ways.

Stand Up To Cancer is bringing industry resources – people, as well as mediums such as television and the web – to bear in the fight against cancer as never before.

Laura Ziskin; the Entertainment Industry Foundation, represented by Board of Directors Chairperson Sherry Lansing (who is also Founder of the Sherry Lansing Foundation), CEO Lisa Paulsen, and Vice President Kathleen Lobb; the Noreen Fraser Foundation and its executives Noreen Fraser (who is also a cancer survivor) and Woody Fraser, and Rusty Robertson and Sue Schwartz also of the Robertson Schwartz Agency; and nonprofit executive Ellen Ziffren, whose husband, noted L.A. attorney Ken Ziffren, played a pivotal role in bringing together the three networks for the broadcast special.

For Stand Up 2 Cancer: